For the best vacation experience, we recommend you meet up and immerse yourself in the vibrant local Balinese culture. When it comes time to go home, you can leave with not only magnificent photographs, but also memories of Bali’s landmarks. Here’s everything you need to know about Bali’s culture.

Since the 8th century, these sacred dances are only allowed in Balinese temples. During the show, dancers are believed to be obsessed with the gods.

Although these dances can be used for rituals, they are also performed for entertainment. Most of these Balinese cultural dances have texture and character, making the performance rich in symbolism. 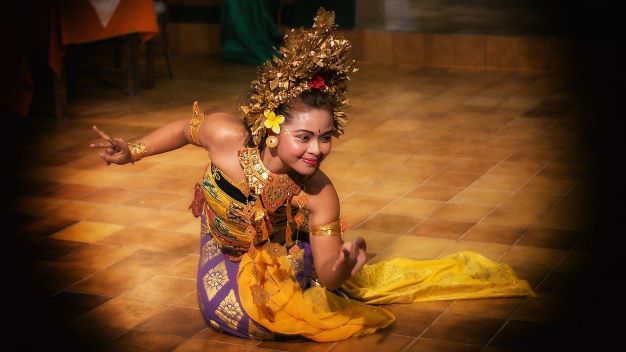 Bali-Bailhan dances are often seen by Bali tourists. They are often organized by hotels or travel companies several times a week, sometimes more often during peak hours, and as a result, dancers find these forms useful. The dances embody the culture of the island, displaying its traditions in full splendor.

Legong performed by women. Due to their complex movements and facial expressions, they need to train from an early age. Ketchak is believed to be a new art form created in the 1930s. This is an adaptation of the Ramayana. In dance, more than 100 dancers perform shirtless, often accompanied by fire.

They are called “dance dramas”. There is often an overlap between the classifications of certain traditions such as simply dance or theater, such as barong, gambukh and topeng.

Drama in Bali is performed as part of the culture at most social events: from birthdays and weddings, to religious rituals and cremations. They mainly tell stories from the Mahabharata and the Ramayana.

The dolls are projected onto the screen from the linen and a shadow artist (called dalang or storyteller) manipulates them between the screen and the light. These performances usually last for several hours and are contextualized stories from the Mahabharata relating to contemporary issues faced by society, the nation or the globe. In 2003, Wayang Kulit was recognized by UNESCO as one of the masterpieces of the oral and intangible heritage of humanity.

Traditional Bali music is an ensemble called gamelan. It takes its name from the Javanese word “gamel” which means a hammer used to strike an instrument. Although these are mainly percussion instruments, the range includes other instruments such as metalphones, xylophones, bamboo flutes, gongs and drums called kenhans.

It is believed that the gong is created as a kind of signal to call the gods, and after creating two more smaller gongs, the gamelan formed in the accompaniment.

In Indonesia, there are many types of gamelan which can be distinguished by the instruments used, the style, the settings and the voice. Balinese gamelan is different from slow meditative Javanese in fast paced and paced rhythms. It is performed as an accompaniment to Balinese dances, wyang puppet shows and religious ceremonies. The tools are made of bronze and bamboo. Bali has its own gamelan varieties such as gamelan jegog, gamelan sulanding, gamelan gambang and gamelan kebjar.

Bali’s art is of Hindu-Javanese origin. It is highly developed and combines artistic expression in everyday objects, instead of using them as mere jewelry. From the 16th to the 20th century, the village of Kamasan in the eastern part of the island was the center of the region’s art. Today Ubud and Batuan are famous for Balinese paintings and Mas for wood carving. Cheluk surprises with its metal structures and Batubulan, an excellent stone sculpture. 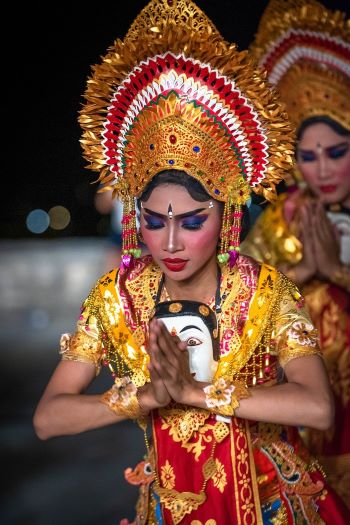 Until the 1920s, paintings that appeared in Bali were painted with natural dyes on fabric or bark paper. As Western artists began to arrive on the island, experiments with painting began. Ubud used to be an art center and artists from nearby villages like Tebasaya and Peliatan used to come here.

The artists here have received the patronage of royal houses and temples. South of Ubud, the village of Batuan flourished without Western influences. As a result, their paintings are quite dark using black and white ink gradations that tell stories of nocturnal events.

Balinese cuisine is a huge part of the local culture. Spicy, delicious and very different, the culinary of the region is very interesting.